Here we collect our writing on various topics from our day-to-day work and our reading clubs.

This week, the Hein group has been working hard on putting together this new website. We’ve pulled together and updated information and resources from our departmental web pages, Facebook, our many Dropbox folders, and more. We hope that from now on, this website will be the central place to stay up-to-date with the group and what we get up to. 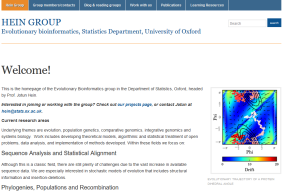 To stay in touch with what we’re doing and reading, check out our blogs and reading group pages (which were previously spread out across several Facebook pages). If you’re interested in joining the group, or just finding out what we’re working on in more detail, have a look at our projects page. We’re working on adding more learning resources. And if you want to get in touch with a particular member of the group, our details are on this site too.

For now, our new posts will be automatically shared on our Science Book Club Facebook page, as well as Jotun’s Twitter account, in case you want to stay up to date through social media.

Many thanks to Jimi Cullen, Mathias Cronjäger, Michael Golden, and William Larsen for all their hard work on pulling the site together!

Chapter 10: The marginal propensity to consume and the multiplier

The MPC is based on the psychological assumption that tendency to increase/decrease consumption in sync with real income. MPC is defined as the change in comsumtion divided by the change in income. (If I earn an extra 100 kr and spend 80 – my MPC is 0.8). An increase in production means increase in income means increase in spending means increase in production etc. This benign circle gives the multiplier = 1/1-MPC in this example it would 1/0.2 = 5. So every extra kr. I earn generates 5 kr extra income in Denmark – if I only buy Danish stuff. Spending on imoprts adversely affects the multiplier effect.
MPC is subject to psychological and political influences, and is liable to decrease as incomes and employment levels rise.
In situations with underemployment the benificient effect of public works is largest, since the MPC and the multiplier at the margin is very large. If politics are against public invest ment, even burying bottles with money and leasing the right to excavate for them would have positive effect on employment. Gold mining and wars are example of private/public futile investments that fuel the economy. Building pyramids thus a paramount example of good public works, they do not “stale with abundance”. (Sounds like the mechanism of service economy?)

Chapter 11: The marginal efficiency of capital

Seems to me to be investment theory.
The marginal efficiency (MEC) is “equal to that rate of discount which would make the present value of the series of annuities given by the return expected from the capital asset during its life just equal to its supply.” I.e. the expected rate of profit. In other words, the marginal efficiency of a capital asset is the rate at which the prospective yield expected from one additional unit (marginal unit) of the asset must be discounted if it is just equal to the cost, that is, the supply price of that asset.
So, you invest, if the percentage you earn from an investment (calculating its present day value) is higher that what you would earn by the discount rate.
The MEC is the factor through which “the expectation of the future influences the present” through the demand price for surable equipment.

Chapter 12: The state of long-term expectations.

An excursion into psychology. MJK distinguishes between short-term (day to day, ch. 5) and long term expectations. He describes the function of the state of confidence, a psychological factor which influence investment. Cold calculation is not in itself enough to make people invest, without an element of gambling and pride of achievement no pyramids would be built. Historically, an investment was hard to reevaluate or change after being made. The introduction of the stock market changed that. The investment for the individual is based on reliance on the convention that changes are not drastic and that the future can be extrapolated from the present, with only minor, often foreseeable, changes. However, in the stock market investment is made by people who have no actual knowledge of the businesses they invest in, i.e. the general evaluation of prospects is unreliable. Stock markets are prey to ephemeral phenomena (e.g. ice in summer) which cause fluctuations, just as it is prey to moods (“psychology”), which means long term evaluation is unreliable.
JMK compares the expert trading the stock market with someone playing musical chairs. Or with a contest for picking the six pretiest faces, which does not entail choosing the ones you yourself fancy, but those you second guess others will. (Is there some element of game theory here? In effect this means no long term expectations?)
Speculation is forecasting the psychology of the market. Speculators invest not for “income”, but for a rise in popular evaluation of the investment – they are interested in what “average opinion expects average opinion to be”. Speculation is the evil of modern investment markets – an investment should have the permanency of a marriage. A cure for crisis of confidence would be to compel people to either consume or order production of specific capital asset.
MJK points out that our decision making is often based on “animal spirits” rather than calculation of quantitative probabilities (yup – cognitive illusions, Kahnemann). He advises the state take more responsibility for organising invest ment, since it has better information at its disposal.

(Note: Since I read the Gutenberg free PDF, my page numbers do not correspond to the printed edition used by the rest of the reading group)